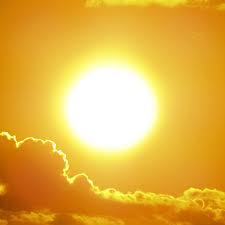 Feeling the need to start pondering your holidays for 2020, wondering where to go to escape the rain and cloud of your home country?

Consider North Cyprus for your next holiday destination and you can’t be disappointed, it’s the jewel of Med and the temperatures suit both those looking to sunbathe all day and those who prefer their holidays a little cooler. North Cyprus holiday weather.

North Cyprus generally enjoys mild and short winters, so for the majority of the year you will find yourself basking in warm sunshine in the spring and autumn, with rather hotter, often blistering temperatures in the summer months!

Summer can begin as early as March even though officially it doesn’t start until June, but by then temperatures are already in the 30s (around 86F).  It is pretty much gauranteed that there will be no rainfall from June to September when the days are long and hot.  Nights can sometimes be a little uncomfortable – a fan or an air-conditioning unit soon stifle the night-time heat and allow for restful sleep.

North Cyprus in late September, early October sees the temperatures drop a few degrees, but still perfect for sunbathing and swimming well into November.  Rainfall can also start around this time, but it tends to bring relief and is brief, bringing the earth a much-needed soaking. Officially the seasons in North Cyprus are Autumn in October, Winter from November to March, Spring in April and May and Summer from June to September.  Sunbathing is a very common activity come March time when trees and plants come to life and is a perfect time for walking and hiking holidays in North Cyprus.

Average daily temperatures in July and August start in the mid-30s, whereas April, May, June, September and October enjoy more bearable average temperatures starting in the mid 20’s – in total, this allows for on average 300 days of sunshine a year.  December and January are the worst months for weather in Northern Cyprus, night time temperatures can be very cold, occasionally dropping below freezing in the mountains.  Rainfall, when it comes, can be heavy and stormy, and if you’re lucky enough to have a sea view you can watch incredible lightning shows out at sea.

A Climate for Everyone

For those travelling with the very young or for the older traveller, March and April are two of the nicest months to visit the island, there are plenty of warm days but you avoid the sometimes oppressive heat of high summer, there are plenty of flowers to look at, the beaches and harbour side cafes are quieter, and it’s great time to spend hours exploring the island.

If you want a heady mix of long hot days for beach flopping and long warm nights for partying then visit from May to September and you’ll be assured perfect sunny weather in Northern Cyprus – and plenty of fun-packed days and nights.

If you are looking for more bearable temperatures for exploration and activity, then you may prefer to visit between March to April and October to December, when the mountains come to life with flora and fauna.

Whatever your preference, looking to book a holiday in North Cyprus in 2020 offers you plenty of options, whether you intend to lie on a beach all day, or get your walking boots on!

Looking for a Perfect Holiday Property in North Cyprus

If you are looking for a holiday rental property in North Cyprus why not visit Kensington for plenty of rental options? Our rental options include studios, 1 to 3 bedroom apartments to 8 bedroom luxury villas for rent.

Our Thalassa Beach Resort in North Cyprus is a hugely popular place for families, couples and solo travellers, offering the perfect mix of activity and relaxation – check out the website for further details www.thalassabeachresort.com. Wishing Everyone a Safe Festive Season Kensington in Crypto Partnership with Utrust Want to join the discussion?
Feel free to contribute!

Investing in North Cyprus in 2020