You are here: Home1 / Blog2 / Holidays3 / The Uniqueness of Northern Cyprus

The Uniqueness of Northern Cyprus

North Cyprus is located on the northern and the eastern side of Cyprus and has a  population of roughly 500,000 people. With an area of 3,355 square kilometres (approximately one third of the island), The Turkish Republic of North Cyprus extends from the Karpas Peninsula in the North East of the Island, West to the point of Cape Kormakitis and the Kokkina enclave and to the Cape Greco Peninsula, in the South East.

Cyprus is located strategically at the edge of the Middle East. This important position has shaped it as a country rich in history due to the numerous empires that have taken their turn in ruling and colonising it over the years. Starting from Alexander the Great seizing the island in 333 BC. In modern times, Cyprus was ruled by the British Empire from 1878 until it was granted independence in 1960. In 1983 the North declared its independence under the name of the Turkish Republic of Northern Cyprus, also known as TRNC. 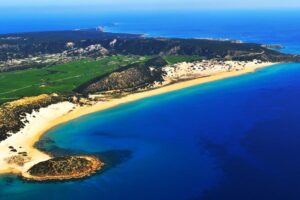 Famed for its fantastic climate, stunning landscape and friendly locals Cyprus’ main income comes from tourism – with 5* Hotels from world renowned chains claiming there position along the rugged coastline in the North and sandy beaches to the East.

Many private villas are owned by foreigners who have either chosen to locate on the safe and welcoming Island or spend their holidays enjoying the long warm summers and fresh Springs where walking in the mountains is a very popular pastime.

Another activity which is very popular is golf. The cool breeze from the sea makes North Cyprus an ideal place for golf with an 18 championship golf course within 1 hours drive from most areas.

Surrounded by the warm Mediterranean sea, scuba diving is also very popular. The Turkish Republic of Northern Cyprus is a really good place to discover and explore a new underwater world. The mediterranean weather ensure diving conditions are favorable most of the year.

North Cyprus attracts tourists from all over the world, especially through the holiday season May to October. For holidays, North Cyprus has a good supply of private villas which are very popular and high in demand. Of course, there is also a good choice of  5-stars hotels to cater for your every need, including water parks, beach sports, children’s clubs, spa retreats etc. 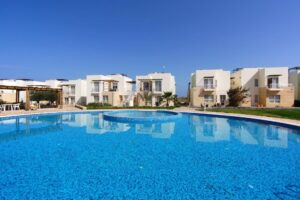 Resort villages are also common in Northern Cyprus, for example, The old village of Bafra has been identified as a major tourism area by the government.

Thalassa Beach Resort, located in Bafra, is probably the largest and most prestigious beachfront development in North Cyprus and offers a wonderful opportunity to purchase a realistically priced home in the Mediterranean.

Besides tourism and its rich history, North cyprus is known by the importance it attaches to education. 40 percent of the economy of the Turkish Republic of Northern Cyprus is is generated by the higher – education sector. Recognising the importance of it and how it benefits the country, the government supports universities in an active way.

Because of the lack of international recognition, Northern Cyprus is not a member of international sporting bodies, but it has a great sport culture with 13,838 professional athletes registered to 29 sports federations.

6054 professional athletes are registered under the most popular sports in North Cyprus – The Martial Arts Taekwondo-karate-aikido-kurash.

North Cyprus enjoys a comfortable Mediterranean climate with hot, dry summers and short cool winters. Northern Cyprus is a very unique and an ideal place to travel to. Once visited, you will wish to return time and time again.  For lots more articles on travelling, holidaying, living and relocating to North Cypus www.essentialcyprus.com is an excellent source of information. 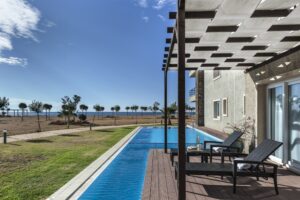